Second and third graders have been having a blast in counselor visits.  Wartburg College very generously let us borrow their "real, human brain" as part of our brain unit.  Hopefully, kiddos have been telling parents all about it at home.

Here were some of my favorite comments thus far...

"So cool!  Is that what my brain looks like too?"

"It's amazing Miss Jen.  That makes us do everything we can do."

"I see the hippocampus!"  (And they were right.)

It is so exciting teaching young children about the brain.  They amaze me every day with what they understand and retain but even more so with how they are able to apply what they are learning to help them regulate their attention and emotions in real life.

There is more to come.  Stay tuned for the revealing of our 2nd grade brain books and our very special 3rd grade project!
Posted by Miss Jen at 10:00 AM No comments:

Sixth graders in CF participate in the Life Skills Program during counselor visits.  We learn about self image, healthy decision making, facts re: alcohol, tobacco, and marijuana, as well as resistance skills.  A Pathways speaker helps present some of these lessons because of their expertise re: substance use.  Today wraps up our lessons about marijuana, and students have been fired up to learn several new things.

Let's test your knowledge about marijuana!

T or F   Marijuana is a drug that comes from a plant.

T or F   Marijuana today is the same as marijuana decades ago.

T or F   Marijuana is not harmful.

T or F   Smoking marijuana can help with many medical issues.

T or F   The University of Iowa is preparing to research the effects of CBD oil on seizures.

Here are the answers...

FALSE  The amount of THC in today's marijuana is much higher than in the 1960's or 1970's.  THC is the addictive agent in marijuana and is linked with numerous negative effects.

FALSE  Marijuana is harmful.  It is addictive and associated with changes to the heart, lungs, and brain to name a few.  A long term study has shown that people who smoked marijuana for 30 days and then stopped had an 8 point average decrease in their IQ scores that was never regained 5 years later despite no additional marijuana use.

FALSE   CBD oil, which is legal in Iowa for certain conditions and when prescribed by a neurologist, is showing promise in terms of potentially being able to help with a particular seizure disorder in children.  Taking CBD oil (which is extracted from the marijuana plant and which is not the psychoactive ingredient in marijuana) needs to be further tested in regards to this as well as a few other conditions.  Smoking marijuana or using marijuana that contains THC in any other way is not associated with health benefits.

TRUE   The University of Iowa is preparing to research the effects of CBD oil on seizures.
Posted by Miss Jen at 9:54 AM No comments:

The tween years (in between childhood and teenager-hood) can bring unique challenges for youth and their parents.  Friendships, in particular, can be hard for tweens to navigate.  This is true for girls and boys, but sometimes there are gender differences.  For this post, I'd like to highlight tips for helping tween girls navigate these relationship changes.
First, it's important to understand what is typical in friendships at this stage of development.  No longer are friendships just based on shared interests, but instead, trust takes a central role in terms of what makes someone a friend.  This also means trust can and will be broken, which leads to an increase in conflicts.  Any 4th, 5th, and 6th grade teacher will tell you that girls at this age are often friends one day, enemies the next, and back to being friends the day after that.  It can be hard to keep up!
While this is typical, it doesn't mean these friendship changes and conflicts are easy or pain-free.  The opposite is true - big emotions often accompany these ups and downs.  Because of that, tweens often need support.
What can parents do?  Here are my top suggestions:
1. Expect some friendship turbulence.  If you expect your daughter to never have changes in her friendships, she may expect the same, and you will both be disappointed.
2. Ride out conflicts and encourage your tween to do the same.
3. Listen and acknowledge her feelings, but stay out of trying to fix the conflicts as much as possible (unless a situation involves bullying or your daughter is showing symptoms of struggling to cope in healthy ways, then seek help from a counselor).
4. Avoid looking for "the answer" that explains what went wrong to precipitate a friendship change; sometimes it's simply a matter of one tween wanting to mix things up and try new friendships.

5. Believe in your tween's abilities to believe in herself and to navigate even the rough waters of friendship because friendship is worth it!

Also, remember that conflict is not the same as bullying.  Bullying is one-sided and includes someone purposefully doing things in order to cause harm to another person.  While friendship conflicts and distancing in what were once close friendships certainly do cause pain, often the initial intent is not to hurt someone, but rather, one friend may be trying to meet her own needs by making new friends.
Tweens are trying to figure out what being a true friend really means.  They get hurt in that process, but they also make up, forgive, and re-connect.  That happens in all relationships - breaks occur when feelings get hurt and the key is in the repair - in the coming back together again.  How we work out and resolve conflicts is much more telling than anyone's ability to avoid all breaks in the first place because breaks are inevitable.  Some are short, some are long, but by having faith in our girls' abilities to work through those tough times, we can help teach lessons that can last a lifetime.
Posted by Miss Jen at 5:28 PM No comments:

Hansen students in kindergarten and 1st grade have been expanding their vocabulary when it comes to emotions.

In kindergarten, students started making feeling masks after we read "Sad Monster, Glad Monster" by Ed Emberely and Anne Miranda.  We will be doing an activity with those masks where they identify how they feel in a variety of different situations. 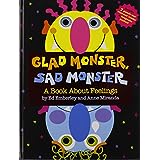 First graders learned about "double dip feelings" after reading "Double Dip Feelings" by Barbara S. Cain.  We discussed times when they feel two different feelings at once.  Here were some great examples: 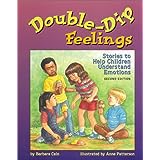 - "On snow days, I'm happy to sleep in and sad to miss my friends."

- "When traveling, I'm happy to see family and sad to miss home."

- "When someone dies, I feel happy I knew that person but sad they are gone."

Talk about double dip feelings at your house.  Sometimes we make feelings sound simple, and while sometimes they are, they can also be layered and complex.  Helping children put words to those complex experiences is important because when we name our big feelings, we tame them too!
Posted by Miss Jen at 5:25 PM No comments:

Miss Jen
Welcome! I am a school counselor in Iowa who enjoys working together with families and other educators. If you have an idea for a blog post, please let me know. Together, we can make this site full of resources to help kids!

Words to Live By 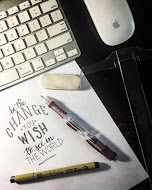